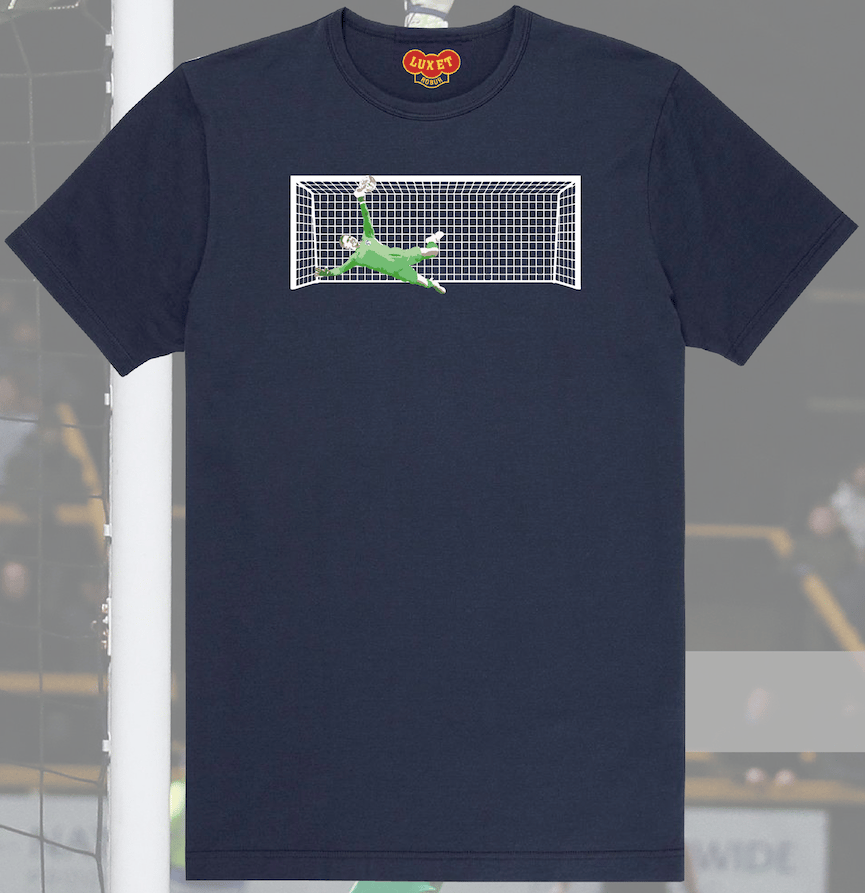 I thought it was about time we honoured the guardian of the goal; everyone's favourite fist-pumper, big Scotty D.

The amount of world-class and crucial saves Scotty has made over the last couple of seasons and the points saved as a result of his heroics, far outweighs the scoring efforts of any talismanic striker.

We've had bad goalies, so we know when we've got one worth keeping hold of, and he's rightly been rewarded with the skipper's armband. Now we reward him with the second greatest honour - his own LUX tee